The Macambeni Garden has been a real challenge for Fundzisa Live and Designing Hope.
located on a sloping ground, a flat part, the most accessible, was digged several years ago, the fertile soil being then removed.
Long-term work was then undertaken by the women involved in the project to build culture beds on this infertile soil. 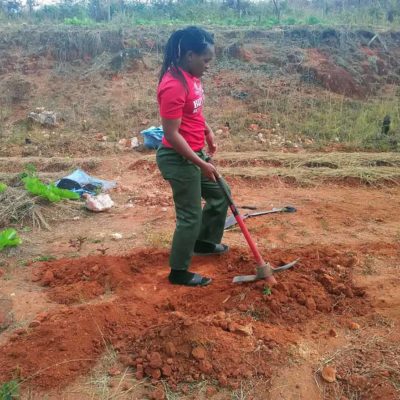 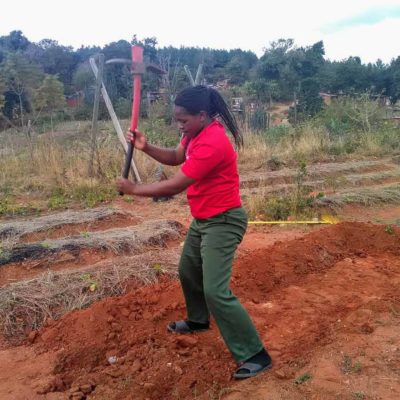 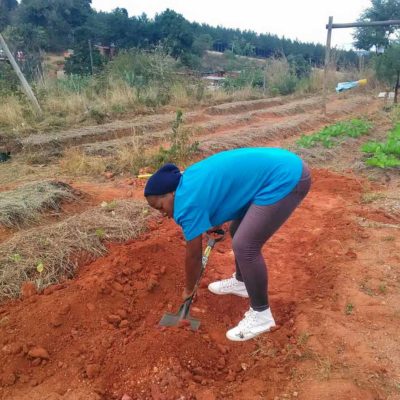 The work consists in making terraces on the remaining sloping land to make horizontal cultivation beds. Fertile soil is then recovered, half-mixed with the red soil of the central flat ground and vice versa.
Each month, the women of Fundzisa Live gather and prepare new beds, mixing both soils, and enriching it with biochar, and plants cults on the edge of the field. 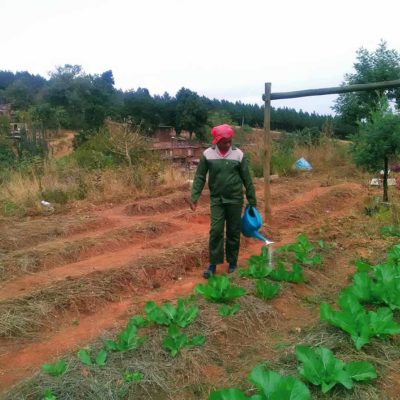 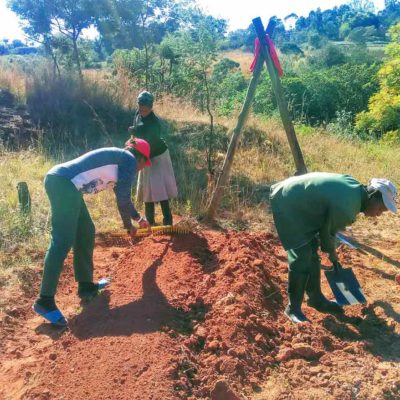 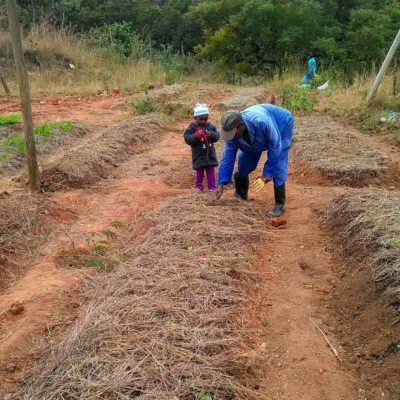 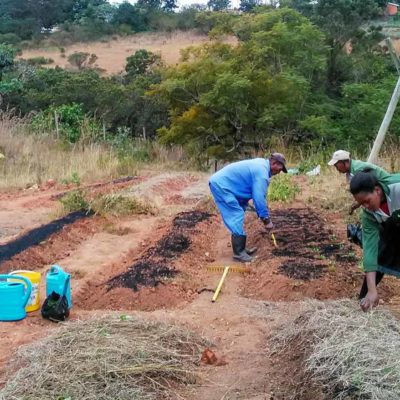