Biodiversity is the contraction of the words “biological” and “diversity”. This means the diversity of all living beings on our planet.

– Within each species, there is also diversity, which is called genetic diversity. This explains why a white cow will have a spot on its body, and another will not, or that two carrots of the same species will not have the same shape or size.

– On the planet’s scale, there are also different living environments called ecosystems. This is why oceans, forests or deserts do not have the same plant or animal populations.

Biodiversity plays a key role in alternative farming techniques. Insects, small mammals and amphibians can easily get rid of certain garden pests and play a role in flower pollination or seed dispersal. Some flowers have properties that can be used by the gardeners, such as biopesticides preparations, and livestock can take care of certain tasks, such as weeding. Encouraging biodiversity by offering various shelters to nature dwellers can be very rewarding.

You will find below a selection of articles published in this category.
You can also refine your reading by choosing a sub-section:

During their visit to the Grand Potager, the students of the Lauris school paid a visit to observe the pond which is located next to the henhouse, so as to learn many things about the biodiversity that can be found … Read More 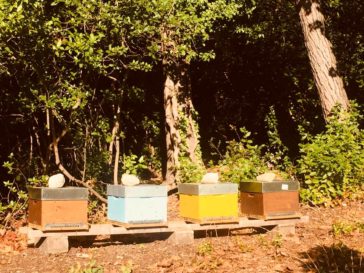 Several hives have been installed in collaboration with a local beekeeper on the Grand Potager de Fontenille. They have been placed on the edge of the wood. They are an asset for biodiversity and pollination in the garden.

Literally, messicole means, who lives in the fields. Thus, these plants are biologically adapted to agricultural land, especially cereal crops. They are also called wildflowers, or meadow plants. Considered by modern agriculture as weeds, the development of chemical treatments and … Read More 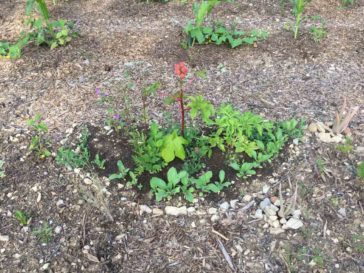 The plants of the perfume, aromatic and medicinal plant garden, are associated in groups of 2 to 4 varieties. In the garden we can find castor, borage and sweet peas grown side by side. 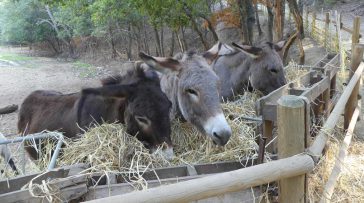 The donkeys of the Grand Potager du Domaine de Fontenille contribute to the fertility of the garden soil. They produce a local and natural manure transformed into the composting area of the garden. On other farms, in permaculture, such as … Read More